Visit of a Parliamentary delegation from France to Pondicherry

Visit of a Parliamentary delegation from France to Pondicherry from September 26th to 29th. 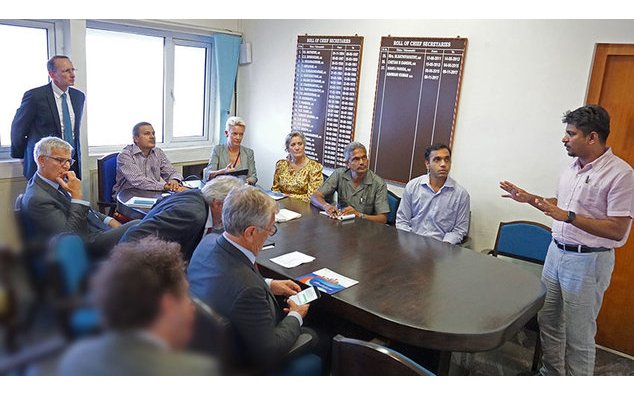 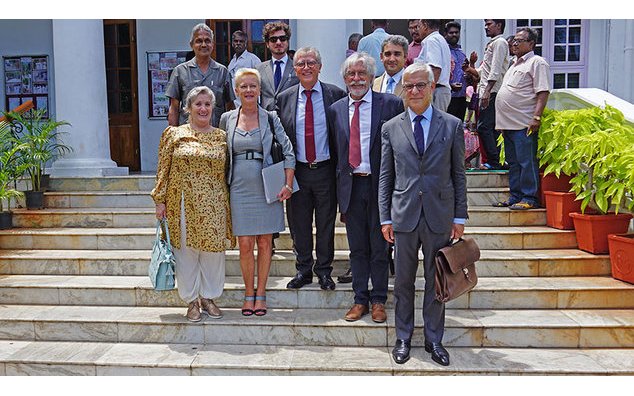 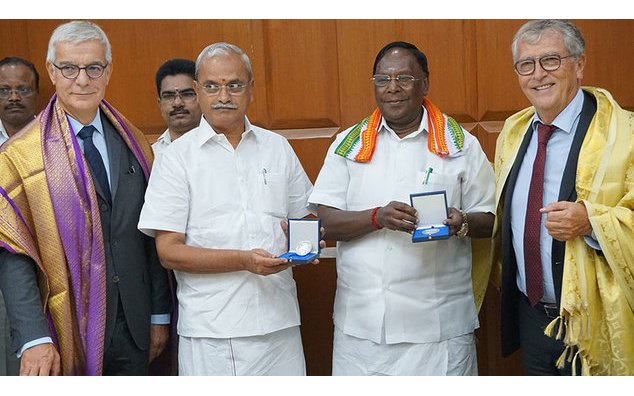 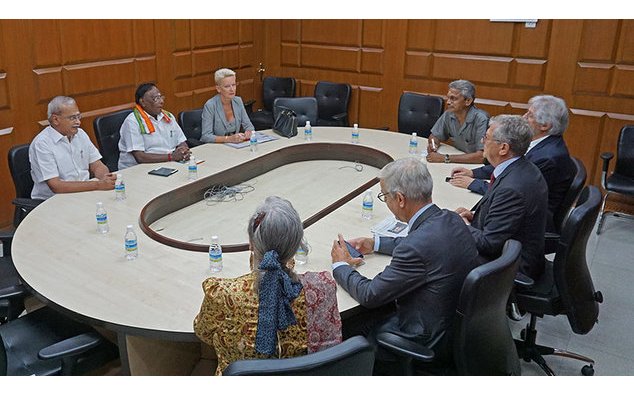 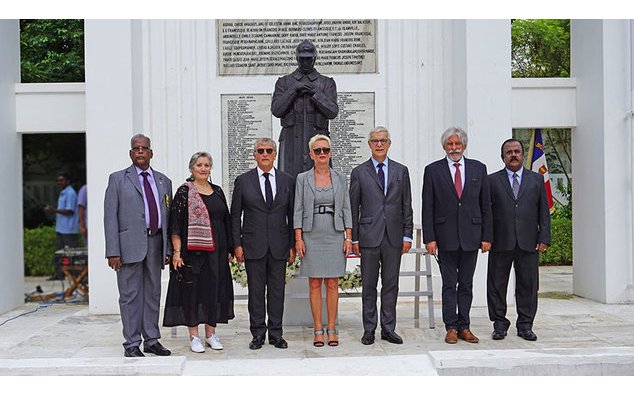 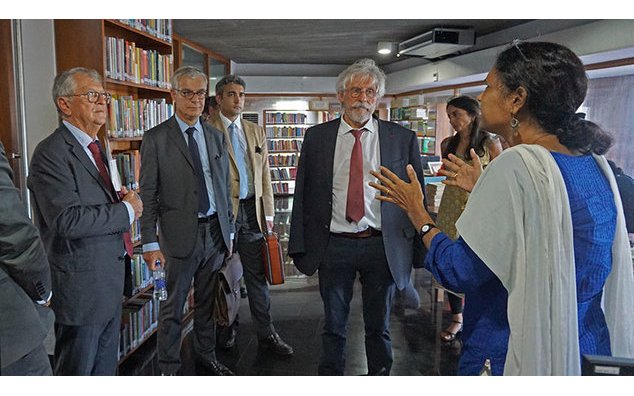 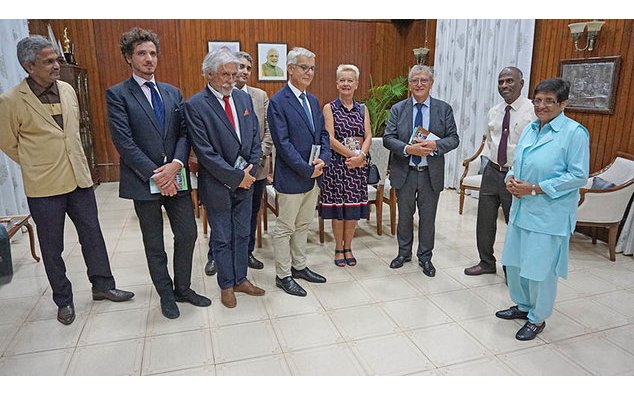 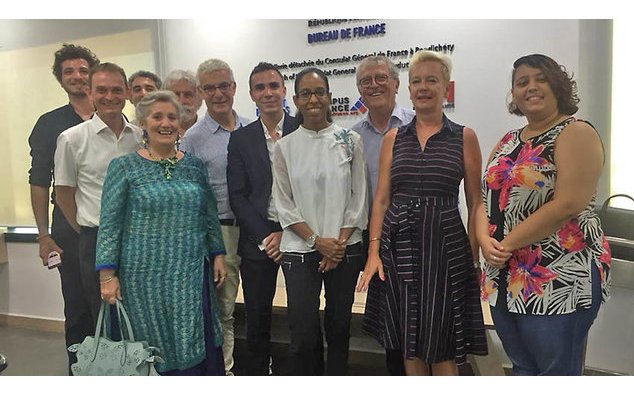 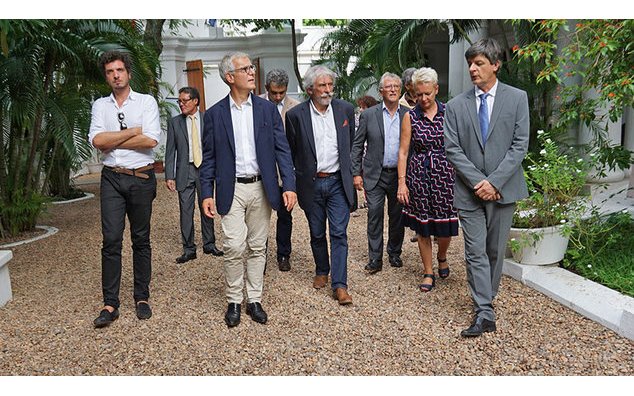 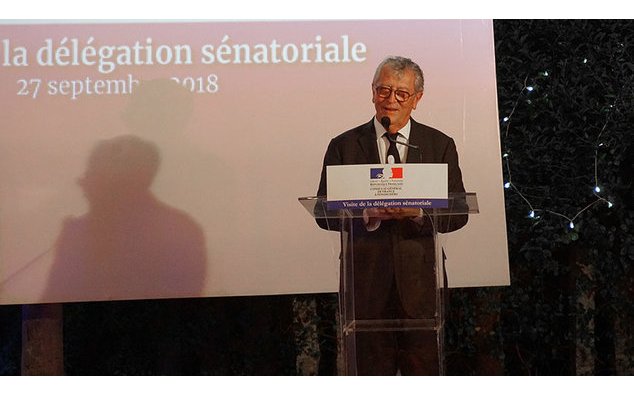 The visit stated with a wreath laying ceremony at the War Memorial on the beach road at 8.30a.m on 27th.

Mr Nicolas Fornage of AFD and Mr Raphael Gastebois the French Consultant working with the Pondicherry Smarty City team joined the delegation in a meeting with the Chief Secretary Mr Ashwani Kumar. The discussions centred around French Indian relations in general and relations with Pondicherry in particular. The Smart City project and the role of AFD in the development of Pondicherry were presented and discussed in detail. The delegation was impressed with the progress of the project and appreciated the collaboration of AFD.

In the evening a round table was held with renowned French research scholar Nicolas Dejenne who presented a paper on Indian secularism followed by a discussion with two leaders of religious minorities. The day concluded with a cocktail dinner offered in their honour by the Consul General in the Gardens of the Consulate which was attended by local French and Indian dignitaries.

On the 28th they travelled to Auroville and visited the Matri Mandir and the French Pavillon. They interacted with some French Aurovilians most particularly evolved in innovative projects. Returning to Pondicherry they visited the Sri Aurobindo International Centre of Education and interacted with the students, staff and the management.

They also met around a working lunch some French entrepreneurs who are developing companies in Pondichery, in digital services, wood crafting, art gallery, travel agency, hospitality and real estate sectors.

In the afternoon they visited the International French Lycée, its infrastructure and the new building. They interacted with the recently formed trust, created to promote the school.

In the evening they called on the Honourable Lieutenant Governor or Puducherry, Dr Kiran Bedi. They discussed a wide range of subjects from shared history to partnership in a bright future.

On the 29th, they ended their visit with a stopover in Chennai, where they had an interaction with representatives of the main French companies, and then visited the Bureau de France.