The Franco-German Tango: It supports a multipolar rules-based order, including a free and open Indo-Pacific region. Joint opinion piece by Ambassador Ziegler and Jasper Wieck, Charge d’affaires at the German embassy. 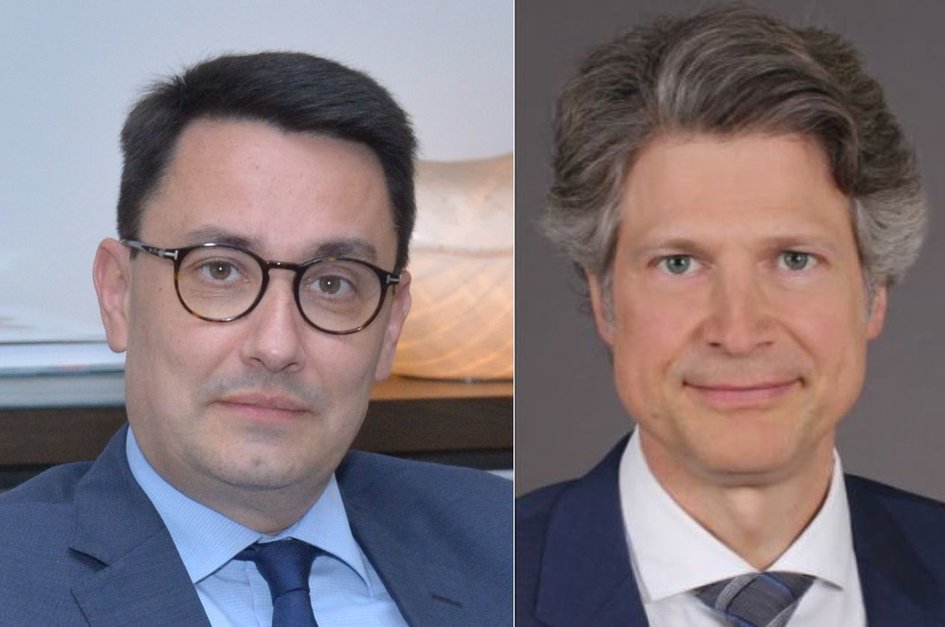 By Alexandre Ziegler and Jasper Wieck

Fifty-six years after setting the seal on reconciliation through the Elysée Treaty, Germany and France have become key partners of India and they are ready to expand cooperation with both the government and the people of India.

Enemies should become friends – this was the goal of the Elysée Treaty of 1963. Only 18 years after the end of World War II, this was not a matter of course. On January 22, 1963, the German Federal Chancellor Konrad Adenauer and the French President Charles de Gaulle signed a “Joint Statement” as well as the “Treaty on the German-French Cooperation” – Elysée Treaty in brief – in the Elysée Palace in Paris. This treaty laid the cornerstone for the friendship between the two countries and the permanent peace in Europe – a story of great success up to this day.

The Elysée Treaty not only established a close cooperation of the two governments but also defined a common policy of education, culture and youth. Ever since, the Franco-German Youth Office has launched more than 2,00,000 exchange programmes in which more than 60,00,000 youngsters have participated. This youth exchange and the partnerships between thousands of cities on both sides of the river Rhine would have influenced millions of German and French citizens. 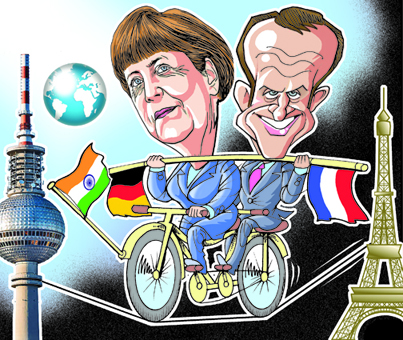 The close partnership between our two nations is also of great importance all over the world. Germany and France together support important central points of international relations: Common input for a multipolar rules-based order, a trade and development policy based on partnerships, a free and open Indo-Pacific region, and support for global solutions for global challenges – like climate change.

This day last year, the Federal Chancellor Angela Merkel and President Emmanuel Macron decided to complement the Elysée Treaty with the Aachen Treaty. This treaty will further intensify our cooperation in a decisive way: In foreign and security policy, in future global challenges, in cultural and educational policy and in transboundary cooperation. Within the European Union (EU) and the United Nations, Germany and France will coordinate even closer than before. A Franco-German “Thinktank for the Future” – as a dialogue board and a connecting point between politics, economy, science and civil society – is aimed at developing common answers to new challenges or needs of the governments.

This renewed German-French partnership will be at the forefront of EU integration. Germany and France are – together with Belgium, the Netherlands, Luxemburg and Italy – founding members of the European Union. Together, we will continue to be the driving force behind the future development of the EU.

The German-French tandem has a considerable significance for India.

In this regard, we intend to cooperate with India so that the strength of the law and not the law of the strongest regulate the international order. In addition, we firmly support the strengthening of relations between the EU and India. The EU and its member states are important partners for India in the field of economic, social, development, environment and security policies. That is why, in November last year, the EU adopted the EU-India strategy and thus developed an offer to India to deepen our strategic partnership even more.

Moreover, the frequency of official visits between India, France and Germany speaks volumes in this direction. Last year, the presidents of our two countries concluded their respective visits to India on highly positive notes. They were a sign of the matured and intensive relationship of our countries.

The German-French partnership can also be seen in India in the field of science and culture. Hence, within the framework of the DHARMA project funded by the EU, researchers from our two countries are merging archaeological finds and historic texts in order to reconstruct how Hinduism developed as both a religion and social model. Furthermore, the Goethe Institut and the Institut Francais provide the cities of Bhubaneswar and Chandigarh with their expertise to integrate heritage building in the urban development of these two cities. Alliance Francaise and Goethe Institut have also a joint residency programme for artists in West Bengal, while they are increasingly pooling and sharing their human and material resources in the city of Pune.

Broadly, our scientific and cultural cooperation aims at supporting people-to-people ties between India and Europe, whether it be artists, students or researchers. Cooperation between India and our two countries is also promising in the field of development cooperation, climate change mitigation, infrastructure and industry. The common industrial and technological projects have played a central role in the German-French partnership from the beginning.

Only the visions and energies of politicians of our two countries rendered the success story of Airbus possible. We are now planning a close partnership for railways from which India can benefit as well. And we will continue financing together sustainable infrastructure projects in India, like the Kreditanstalt fur Wiederaufbau (KfW) and the Agence Francaise de Développement (AFD) have already done to develop the metro of the city of Nagpur and urban development projects in Kochi.

Germany and France are ready for a close and dynamic cooperation on all levels towards India. Together with India, we are at the forefront of a multipolar order that trusts in democratic and rules-based principles. And above all, we synchronise more and more concerning global challenges in order to strengthen the spirit of multilateral cooperation and partnership which is indispensable for a peaceful and sustainable development.

The joint opinion piece appeared in "The Times of India" on 22nd January 2019.