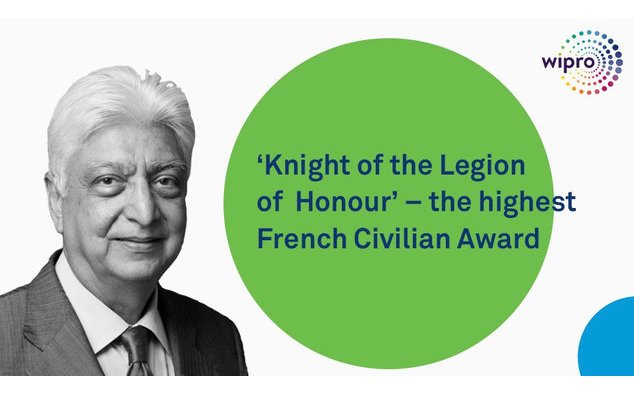 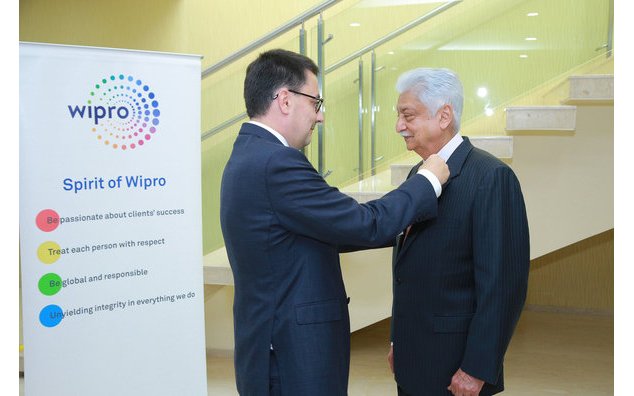 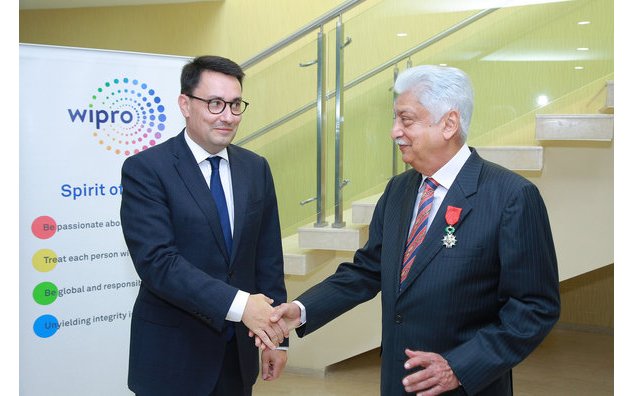 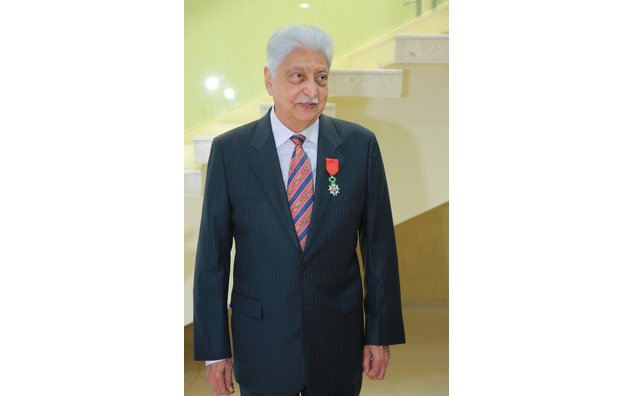 We are gathered here today to celebrate and salute Mr Azim Premji’s manifold achievements as the founder of Wipro Limited.

Mr Premji, your vision and contribution to the growth of Information Technology in India is a story often retold and recognized by young Indian IT professionals and students. You have been listed twice by TIME magazine as one of the 100 most influential people in the world.

We are here today to confer upon you the highest French civilian distinction, the Chevalier de la Legion d’Honneur (Knight of the Legion of Honour) in acknowledgement of your outstanding contribution to the development of the Information Technology industry in India, a development that has always been guided by a strong moral and ethical vision. We are also here to pay tribute to your philanthropic work, which surely reflects the manner in which you have led Wipro Limited over the past four decades.

It is not easy to sum up these decades, but I wish to briefly mention just a few highlights of your extraordinary journey :

When IBM decided to exit from the Indian market in the late 1970s, you were quick to take advantage of the opportunity that this created. You started manufacturing computer hardware by the early 1980s and gradually expanded services and expertise to software, too. By the 1990s Wipro Limited was a full-fledged information technology services company, eventually listed on the New York Stock Exchange by the year 2000, and a leading information technology multinational company.

France soon became a focus market for Wipro, with a significant presence today across 4 locations : in Paris (with its French headquarters at La Defense), in Rennes, where you have developed a research and development centre, and in Toulouse and Clermont-Ferrand, with near-shore branches. Wipro provides solutions for many French players across industries such as manufacturing, telecom, financial services, energy and utilities, healthcare, pharma, retail and consumer goods. It currently employs around 200 people across their locations in France. In this respect, day by day, you are strengthening our dynamic economic partnership, which is not only about market share but also about long-term cross-investments in our respective countries.

Dear Azim Premji, you are not only a visionary entrepreneur, you are also attached to ethics and social responsibilities through your many philanthropic commitments. In 2001, you established the Azim Premji Foundation to improve the quality of education in public schools in India. This Foundation works in 7 states of India with over 350,000 schools. In 2011, the Foundation established the Azim Premji University, offering both teaching and research programmes. You were was also the first Indian to sign up for the Giving Pledge started by Bill Gates, and you have so far given away 18% shares in Wipro in addition to a 39% stake that you committed to charity in 2015.

The Chevalier de la Legion d’Honneur, established in 1802 by Napoleon Bonaparte, is France’s highest civilian recognition not only of remarkable achievement in one’s professional capacity but also of doing ‘more than ordinarily expected’ and going above and beyond one’s duty to invest in the welfare of others. These are values which matter a lot to France. It is thus a great pleasure and privilege for me to now request Mr Azim Premji to step forward for the conferral of this most richly deserved award. As required by protocol, I will now proceed in French.