Pockets of French gastronomy in India

Interview of the French Ambassador to India, H.E Mr Alexandre Ziegler to "The Hindu" on the occasion of Goût de France/Good France 2019. 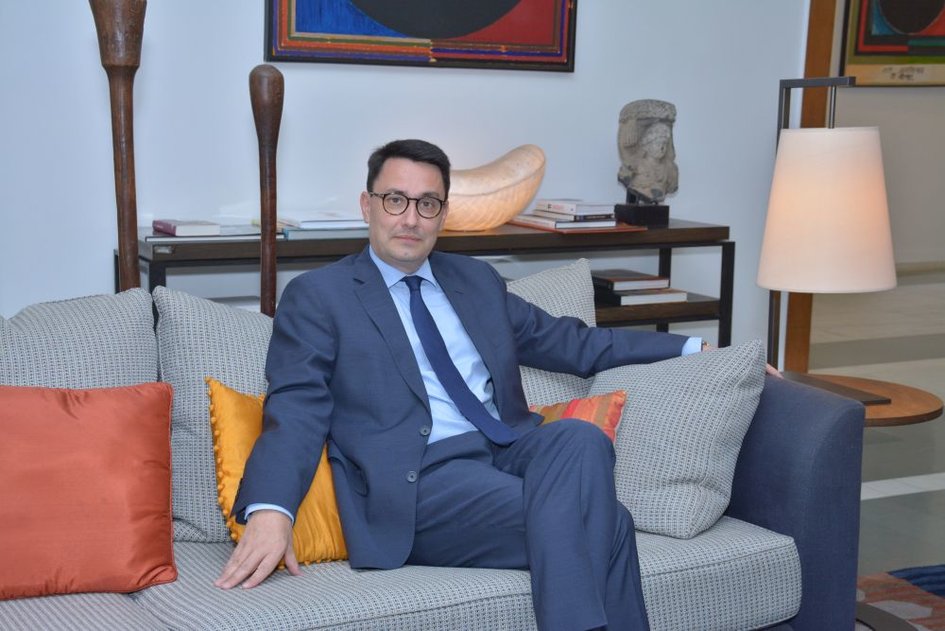 French ambassador Alexandre Ziegler on the return of Goût de France, its importance in people-to-people diplomacy and repackaging French gastronomy into a non-elitist option

Starting today, close to 80 restaurants over India will come together in hosting what the French Ambassador to India, Alexandre Ziegler, calls “the largest French dinner in the world.” In its fifth year now, Goût de France is a gourmet initiative by the French government to expose the world to their gastronomy. This year, their focus is on environmentally responsible and sustainable cuisine. While world over the festival will begin on the 21st of March, India will get a two-day headstart, so as to not clash the launch with Holi.

What’s the point of Goûtde France?

In France we’ve thought for decades that [the popularity of] French gastronomy was a given fact, and that we didn’t need to promote it. But slowly we realised that while it gastronomy was known as part of French cultural DNA, the image of it was very elitist. It was like a three-star Michelin restaurant, very unaffordable, once-in-a-lifetime sort of experience. When it comes to casual food on a Friday evening with friends and family, you’d think Italian or Chinese or Indian. But definitely not French.

So came this idea, that we were going to propose a worldwide event, that would portray French gastronomy as something that is made for the people, that would engage restaurants — and not only three stars, but also smaller bistros, to reach out to the new emerging middle class all over the world.

What sort of French dishes do you think adapt well to bistronomy?

What I miss when I’m away from France is something like duck confit, or the apple pie by my grandmother, or the wine-chicken that my mother used to cook. These are very much things that you find in bistros and small neighbourhood restaurants.

We love this idea that France’s niche is luxury, but that’s actually not our culture. [In France now] there is high gastronomy by young chefs, who use local products, and make dishes more creative and affordable.

How has Goût de France grown?

When we started in 2015, we had 1000 partner restaurants all over the world. And even though we are trying to promote the image of affordable, casual approach to our gastronomy, we got support from big chefs like Alain Ducasse. He was instrumental, along with the then Minister of External Affairs of France, Laurent Fabius. In India, we’ve grown from 65 partner restaurants last year, to almost 80 this year. I’m particularly thrilled by the response we got in Delhi — a city where there are not many French restaurants.

Does France have further plans for food-diplomacy?

We want to slowly spread the culture — not of opening French restaurants as such, but of introducing more French techniques into cooking. We’ve already established in India, the subsidiaries of two French culinary schools. One is Le Cordon Bleu (in Gurugram in partnership with GD Goenka University’s School of Hospitality), the other is Vatel School at Ansal University (also in Gurugram). The idea is also that you don’t need to know generations of recipes, but that you can also mix and marry techniques to have cross-fertilization between young generations of chefs.

For instance, the chef that came in for Goûtde France during my first year here was chef Akrame, who was already a very talented and successful chef. Since he’s gone back, he’s opened a restaurant that’s very trendy and popular in Paris. With it he’s now proposing a Spice Routes cuisine — Iranian, Central Asian, and Indian. He got the idea here in India, and it’s quickly becoming popular in Paris. He’s very talented when it comes to traditional, French gastronomy but he’s also now in a position now to test new ideas. That’s exactly the sort of inspirations we are looking at with these initiatives.

Ambika Seth of participating restaurant Caara at Ogaan, on terroir concerns affecting flavour authenticity I don’t think that’s a concern. Chefs tweak the recipes based on the ingredients they get, especially since everyone wants to try and be as local as possible. And I think the dishes adapt, to a certain extent, to the ingredients that you have available here. You just have to be careful about what your sources are.

There’s also a change in mindset with a younger generation of entrepreneurs [in the food business] here. Like, if you rewind about 8-10 years in India, imported was always considered better. Even if it was say, unfortunately plastic-y Brie from a box. But now people want to re-create and replicate with available produce. In Caara, we have an all-local cheeseboard, including a Camembert Brie made in Mumbai [from Spotted Cow Fromangerie] by two boys, who have no background in cheesemaking!