The first batch of the Club Young Leaders India-France was in Paris (15 - 19 October 2018) on a tour highlighting France as a cultural, tourist, investment, economic, educational and innovation destination. 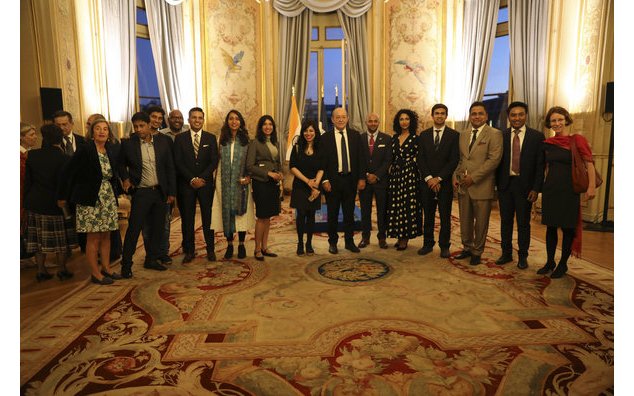 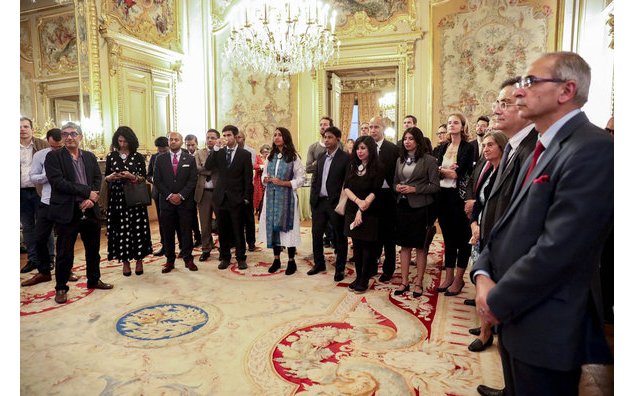 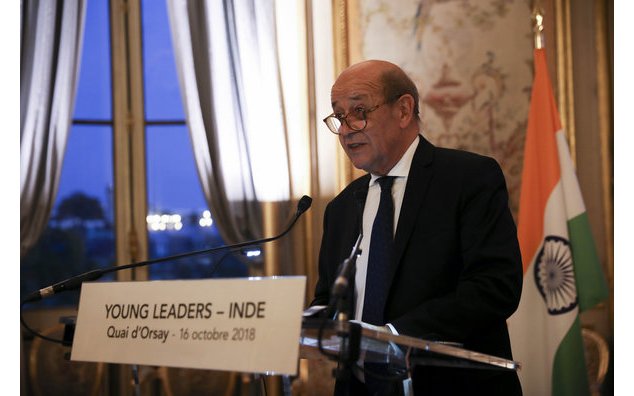 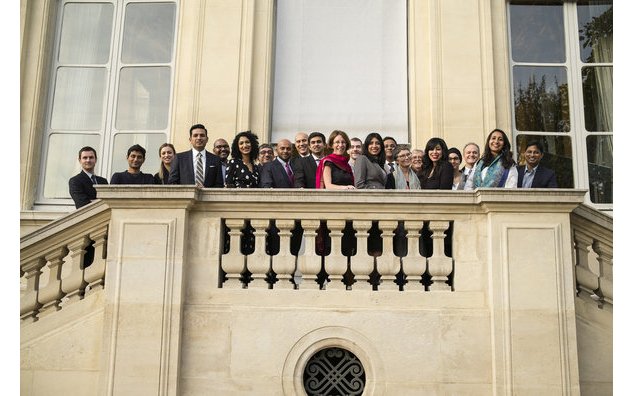 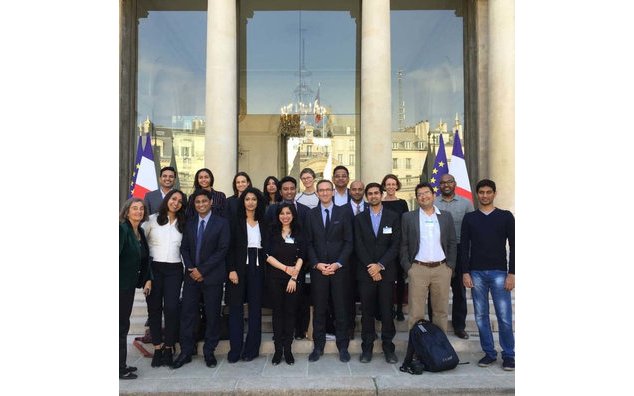 At the Elysee Palace with Mr. Aurelien, advisor to French Prez Emanuel Macron 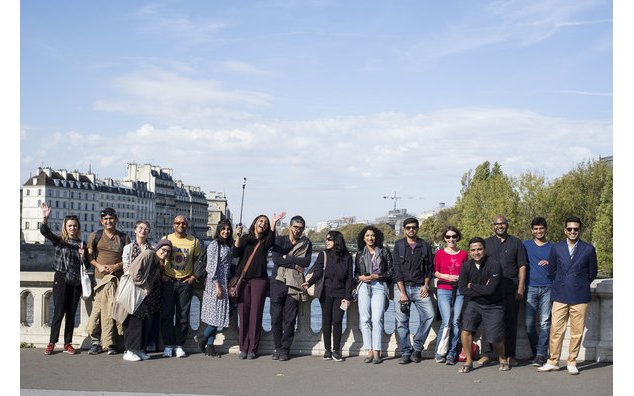 A lucky thirteen of India’s rising young personalities with diverse areas of interest – including digital affairs, business, science, gender equality, media, architecture – have made the cut.

Meet some of India’s young movers and shakers: Snigdha Poonam’s book on the dreams of Indian millennials (who make up a sizeable 600 million people) has just been published; Trisha Shetty’s non-profit, SheSays, aims to end gender-based discrimination and advance women’s rights in India; Suhas Gopinath is a youth icon who founded Globals Inc. at the age of 14 years; Mani Doraisamy is a Cloud computing expert of global renown; Magandeep Singh is India’s first sommelier and oenologist…

The group also met researchers from Institut Pasteur and journalists from Le Monde; visited the Hermès manufacturing workshop; talked to makers of various Science and Industry FabLabs at La Villette and the world’s biggest startup campus, Station F; interacted with young French parliamentarians; met students of Ecole 42, a private, non-profit and tuition-free computer programming school; listened to a piano concert at the Philarmonie de Paris, and, of course, sampled the country’s cheese and wine!

Sponsored by Naval Group, Dassault Systèmes, Thales, Total, EDF, and SNCF, the Club Young Leaders India-France project is spearheaded by the Embassy of France in India with the support of Campus France.

Vaibhav Chhabra: Founder of “Maker’s Asylum” (Mumbai, Delhi) a hub for creators who develop prototypes, train themselves in the most innovative techniques or build their start-up in coworking spaces. Maker’s Asylum is recognized as a FabLab (MIT).

Snigdha Poonam: Hindustan Times journalist; author of Dreamers: How Young Indians are Changing the World. In her very successful book, Snigdha describes the ambitions and frustrations of the youth of the medium-sized cities of India.

Mani Doraisamy: Co-founder of Guesswork he was also the winner of French Tech Ticket 2017. Mani has worked over the last 15 years on cloud computing and web technology software suites used today by more than 100 million people.

Suhas Gopinath: Suhas started his company Global Inc. at the age of 14 before becoming its CEO at 17, earning the unofficial title of the youngest CEO in the world at the time. He is a member of the Young Global Leaders of the World Economic Forum and also participated in the World Bank Information Technology Governance.

Trisha Shetty: Social activist and lawyer, founder of “SheSays India”, an association that promotes gender equality and fights against all forms of violence. Vice President of the Steering Committee of the Paris Peace Forum. Member of Forbes’ list “30 under 30 social entrepreneurs”. Obama scholar.

Sridhar Ramasubban: Sridhar worked in a company involved in the New Space movement “Take India to the moon!” and took part of the challenge launched by Google to send a rover to the moon. In partnership with CNES (French National Centre for Space Studies) he managed to put India at the top of the race. He now works on a challenge to design revolutionary solutions to democratize autonomous vehicles in India.

Srijana Mitra Das: Journalist for the India Today Group, Srijana previously worked for The Times of India and The Indian Express. She is an observer of the social changes in India, and focuses on a wide variety of subjects, from politics to gender equality or culture.

Saurabh Gupta: Founder of Earth5R, a global social enterprise driving citizens towards sustainable change. He quit a lucrative job in HR to launched Earth5R which, since its foundation in November 2014, has benefited 40,000 underprivileged families across India using an upcycling-based sustainable livelihood model.

Taslimarif Saiyed: Taslimarif is Head of the Center for Cellular and Molecular platforms (C-CAMP) from the National Center for Biological Research (NCBS) in Bangalore. The C-CAMP hosts almost 100 start-ups working in the field of Life Science Research and Innovation. He jointly published a paper in collaboration with the University of Grenoble (France).

Zishaan Hayath: Founder and CEO of Toppr.com, Toppr.com is an application specializing in personalized school support for children from 10 to 17 years of age. The app has more than 2.5 million users. He has also invested in more than 30 Indian start-ups.

Swati Janu: After working for a French architect, Stéphane Paumier, in Delhi, Swati decided to turn to architecture and social design. Creative Director at mHS City Lab Architects, she uses her architectural experience to serve the poorest, by developing simple, sustainable and low-cost construction techniques for the slum populations of Delhi.

Magandeep Singh: First Indian Sommelier inductee to the prestigious Echansonnerie des Papes of Avignon (France). He is also a member of the Confrérie des vins de Bordeaux. A true representative of French know-how in India, he is the founder of the Institute of Wine & Beverage Studies in New Delhi.

Boobesh Ramalingam: Before founding Guesswork with Mani Doraisamy, Boobesh was one of the pioneers of Kissflow’s success on Google Apps. He is an entrepreneur with more than 15 years of experience in software development and technology consulting.