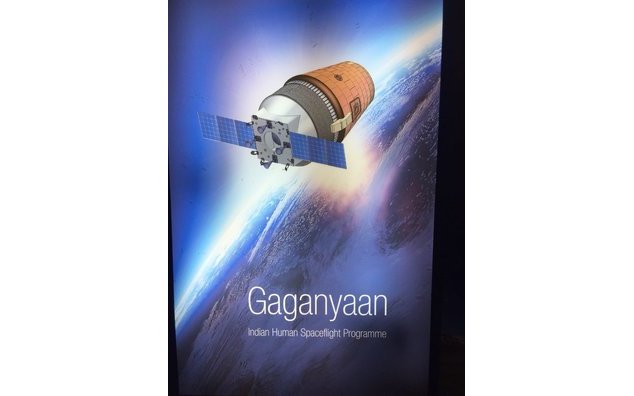 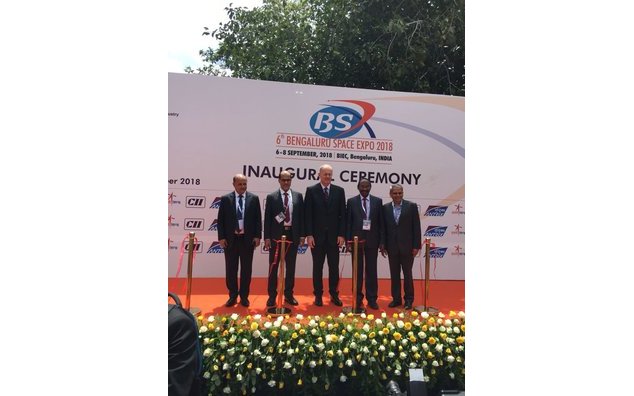 CNES President shares the dias with officials from ISRO 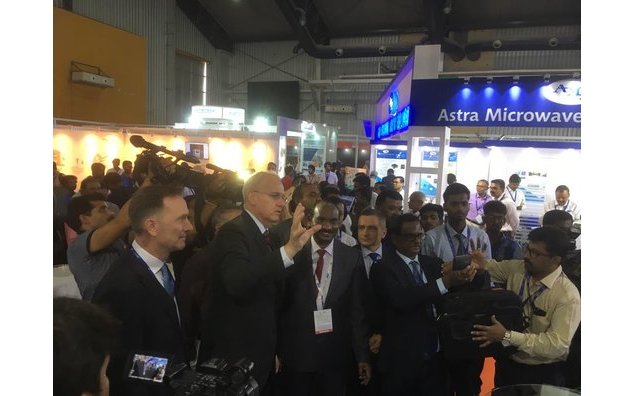 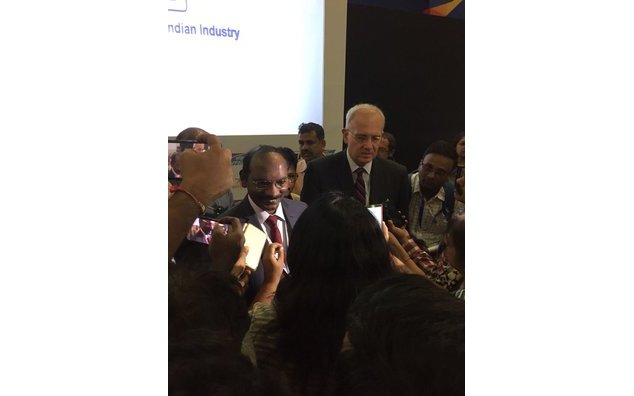 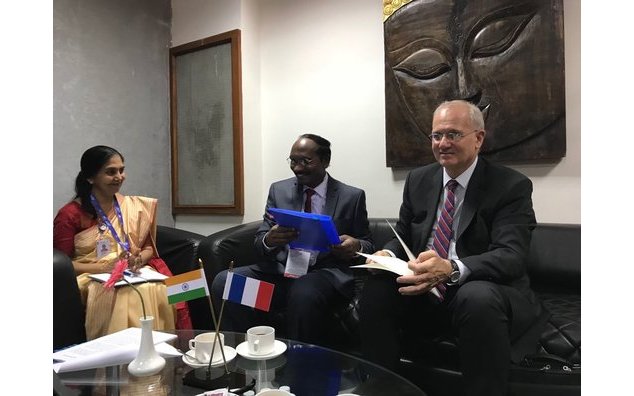 Signing of the MoU 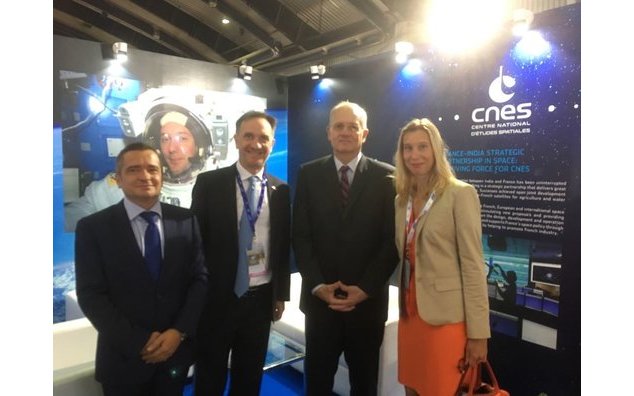 CNES President Jean-Yves Le Gall and ISRO Chairman K. Sivan announced today the creation of a French-Indian working group on human spaceflight, thus following up on one of the main commitments made by President Emmanuel Macron after his State visit to India. CNES and ISRO will be combining their expertise in the fields of space medicine, astronaut health monitoring, life support, radiation protection, space debris protection and personal hygiene systems. Engineering teams have already begun discussions and it is envisioned that infrastructures such as the CADMOS centre for the development of microgravity applications and space operations or the MEDES space clinic will be used for training of future Indian astronauts, as well as exchanges of specialist personnel.

This new area of space cooperation between France and India is gearing up in the wake of the recent announcement by the Indian Prime Minister that an astronaut will be launched from Indian soil no later than 2022. It was unveiled at the biennial Bengaluru Space Expo, the biggest space show in Asia. Present as guest of honour at this sixth edition of the event, Jean-Yves Le Gall underlined the unique and exemplary relationship that France and India have built together in space. With this year’s show focusing on NewSpace, Jean-Yves Le Gall pointed to CNES’s support for French NewSpace players to nurture their international development and to new exploratory partnerships established with the main Indian NewSpace players.

Taking pride of place on CNES’s stand, French-Indian space cooperation spans climate monitoring, with a fleet of joint satellites devoted to research and operational applications, innovation, through a joint technical group tasked with inventing the launch vehicles of tomorrow, and NewSpace partnerships in India, as well as deep-space exploration with work underway on France’s contribution to future Indian missions to Mars, Venus and asteroids. The joint Oceansat3-Argos mission scheduled to launch next year, the French-Indian Trishna thermal infrared imaging satellite are being readied, and a study to develop a joint constellation of satellites for maritime domain awareness is also underway.

At the end of his trip, Jean-Yves Le Gall commented: “In pledging to launch a ‘vyomanaut’ before 2022, Prime Minister Modi has thrown down one of the biggest challenges set to shape the history of space in the years ahead. CNES is especially proud to be working on this endeavour alongside ISRO to share the experience it has acquired from the first French human spaceflights to Thomas Pesquet’s Proxima mission, and to hone our own expertise by learning from ISRO’s innovative developments in the field of crew transport.”