Four-year extension of the Megha-Tropiques satellite 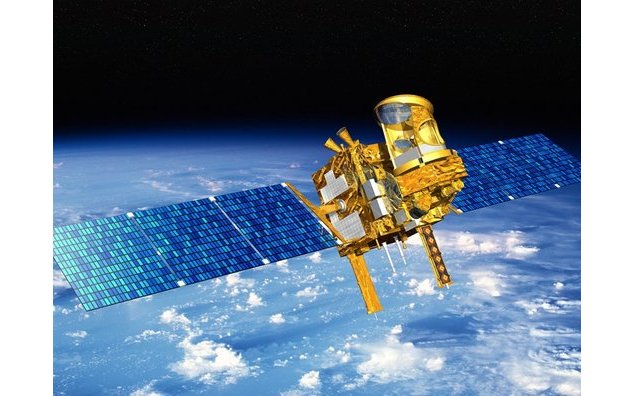 CNES President Jean-Yves Le Gall and AS Kiran Kumar, Chairman of the Indian Space Research Organization (ISRO), signed at CNES’s Head Office in Paris a four-year extension of the French-Indian Megha-Tropiques climate-monitoring satellite mission that has already delivered exceptional results for research and operational applications since its launch five years ago.

On this occasion, the two space agency chiefs signed the four-year extension of the Megha-Tropiques Agreement to pursue its ambitious scientific and operational programme. The mission is delivering a dynamic three-dimensional picture of different states of water in the atmosphere. The main feature of the satellite is the combination of its instruments and its position over the inter-tropical belt, in a low-inclination orbit enabling up to five revisits to the same location every day. This unique capability has allowed it to achieve remarkable progress in estimating rainfall and forecasting cyclones, monsoons and droughts. Continuous monitoring of the turbulent giant tropical convection spots, where most extreme weather phenomena form, provides a better understanding of the cycles affecting mid-latitude countries and is extremely valuable for the global climate science community. The mission has already given rise to some 90 published scientific articles and more than 1,400 citations.

CNES and ISRO are this year celebrating 15 years working together in climate monitoring from space. The first agreement signed in 2001 led to the launch of two French-Indian climate-monitoring satellites, Megha-Tropiques in 2011 and SARAL-AltiKa, an oceanography and data collection mission, in 2013. Both satellites have delivered highly valuable data in fields such as freshwater resource management, agriculture and fisheries, operational oceanography and disaster management. Monitoring from space is a unique tool for assessing climate change. Continuing on their pioneering path, CNES and ISRO have now decided to engage new joint climate missions. The French Argos data-collection instrument will fly on the Indian Oceansat-3 satellite in 2018. France and India have also begun development of a future joint thermal infrared observation satellite.

CNES and ISRO also spearheaded the New Delhi Declaration signed on 16 May, in which more than 60 space agencies committed to setting up an independent international system of space assets for monitoring and precisely quantifying greenhouse gas emissions. This global system constitutes a prerequisite for the successful implementation of the Paris Climate Agreement.

Source of the text: CNES