The Consul general of France in Calcutta Mr. Damien Syed hosted the French National day at the Eiffel Ballroom of the Novotel Kolkata on the 14th July 2016 just a few hours prior to the tragic attack in Nice. 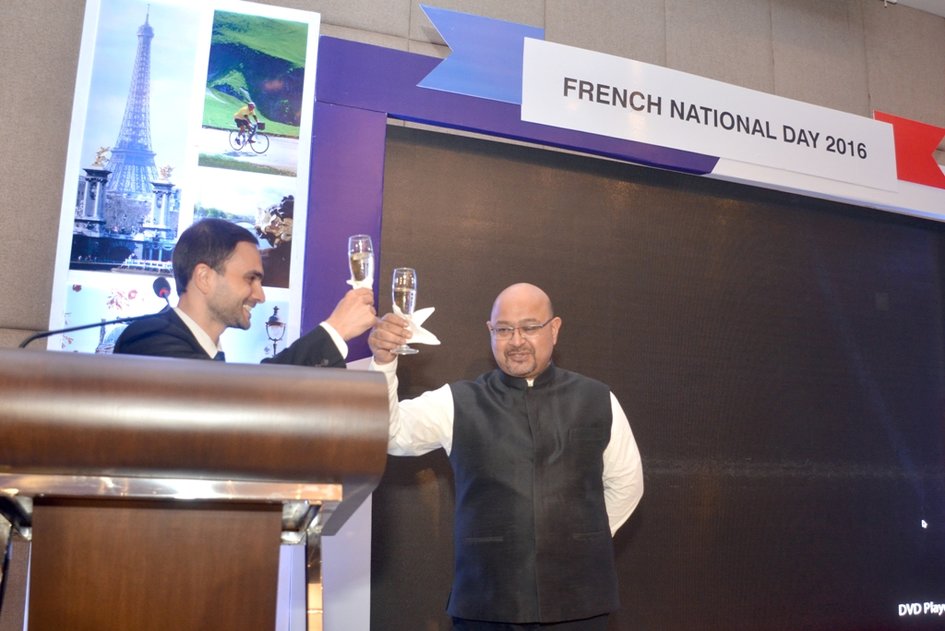 The Consul general recalled in his speech the origin and the meaning of the “Bastille Day”, an annual opportunity to celebrate France and its core values “Liberty, Equality, Fraternity”.

He underlined the excellence of the bilateral relations between France and India, enhanced by the State visit of President Francois Hollande in January 2016 for the Republic Day of India. Our cooperation in the fields of culture, economy, education and sciences were highlighted. 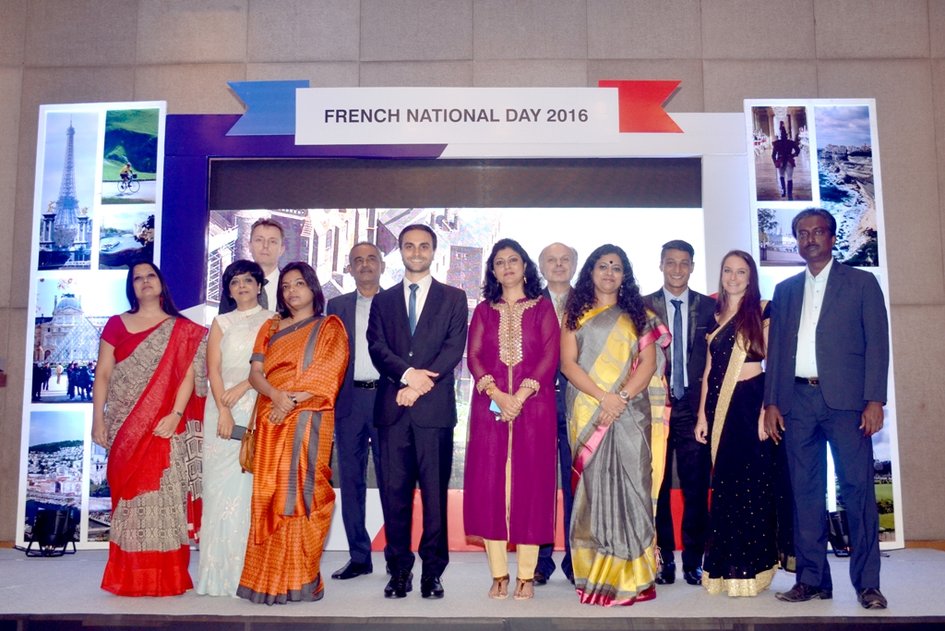 This event was marked by special French décor, with a runaway hit *selfie booth* set against a virtual Eiffel tower, some classic French music and not to forget authentic French food, which of course included some very fine French Wine, Champagne, ham, cheeses and breads. 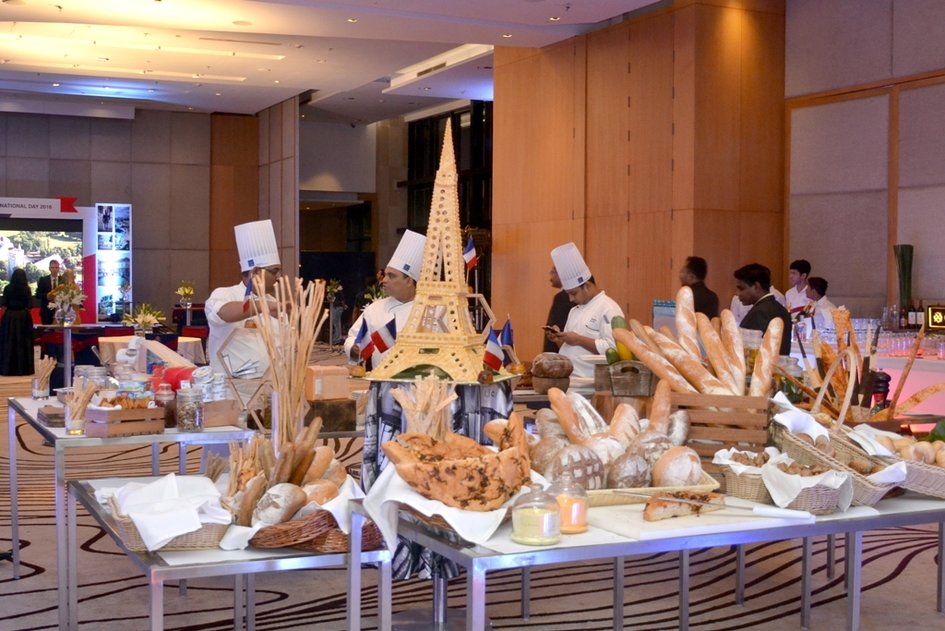 Celebrities who graced the occasion included Mr. Parambrata Chatterjee and Ms. Koneenica Bandhopadhyay, film personalities, and Mr. Suvaprasanna, artists and painter, amongst others. 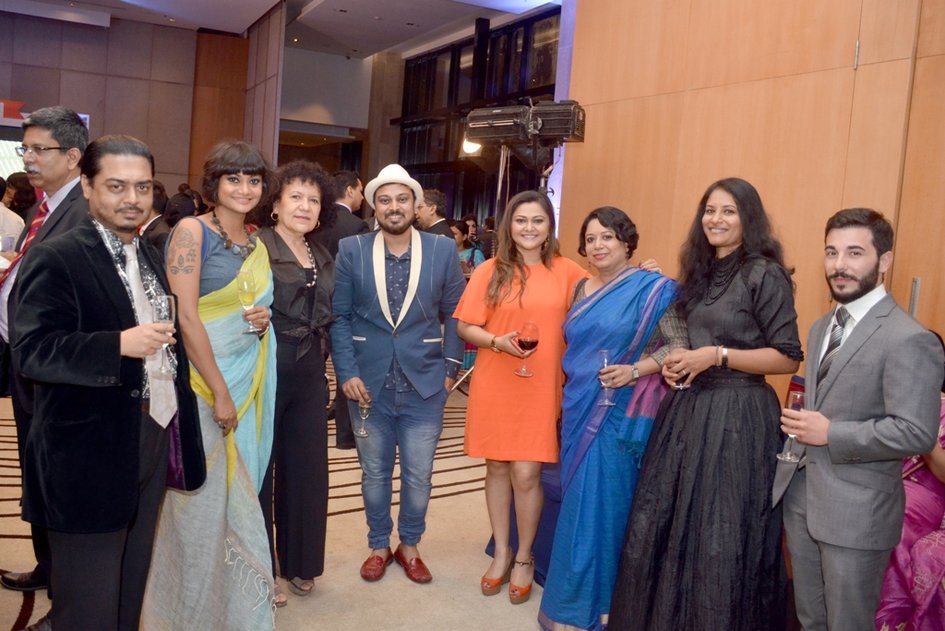 We thank every single person who joined us that evening in celebrating the National day of France.