On 18th June 2020, the Consulate General of France in Bangalore set the stage for regular and interactive exchanges between French companies and the government of Karnataka. 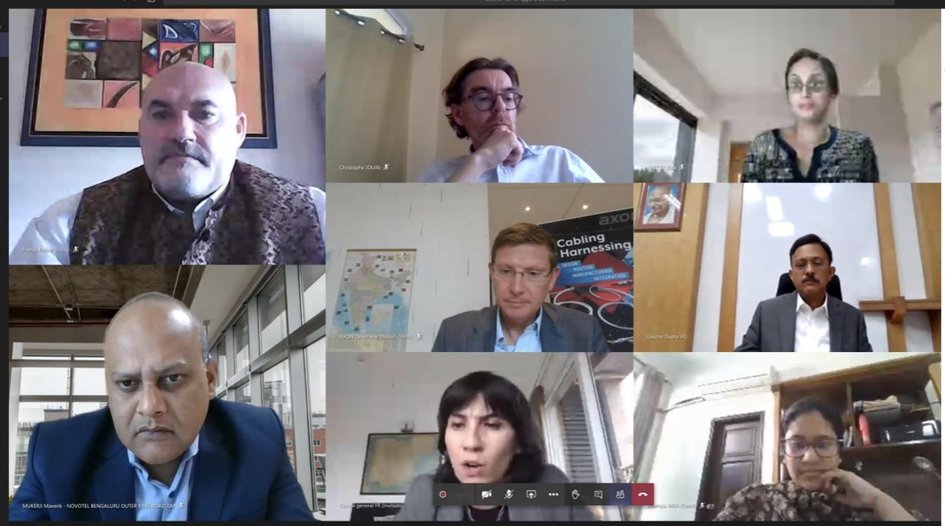 Following the recent introduction of the Karnataka Task Force, a body set up by the government of Karnataka in the backdrop of the current crisis to encourage more foreign direct investment into the state, the local authorities in coordination with the Consulate General of France in Bangalore and the entire team of the French network in India – Business France, the Indo-French Chamber of Commerce & Industry and the Economic Service at the French Embassy – organized a virtual platform to bring face-to-face French firms with state officials. This session witnessed the participation of ten French companies, of which three were potential investors.

This discussion meeting allowed French subsidiaries to present their issues and to seek answers from the government to their specific queries. The new interested investors spoke about their future projects and prospects.

Principal Secretary of Commerce and Industry, Mr. Gaurav Gupta stated that France is the first country with whom the government established this kind of a platform, proof enough of the significant presence of French companies in the zone and the importance given to them by local authorities : these exchanges will serve as a model for similar interactions with other countries.